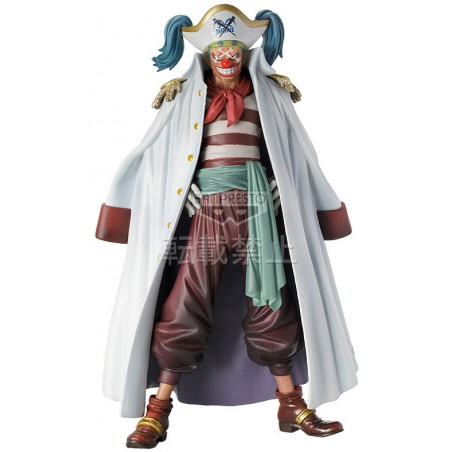 Buggy accidentally consumed the Bara Bara no Mi, a Devil Fruit which allows him to separate his body parts and control them independent of each other, but robbed him of the ability to swim, which, according to Shanks (back when the two were still cabin boys at Roger's ship) he was excellent at. The abilities gained from this fruit also make Buggy immune to slashing, cutting and cleaving attack; any such attack just separates him into his component parts. In addition, most of his body is capable of flying through the air, with enough force to send a man flying through a wall - with the crucial exception of his feet.

Because of his past, the Marines and many pirates mistakenly believe that he is of great strength. However he is actually a great coward.