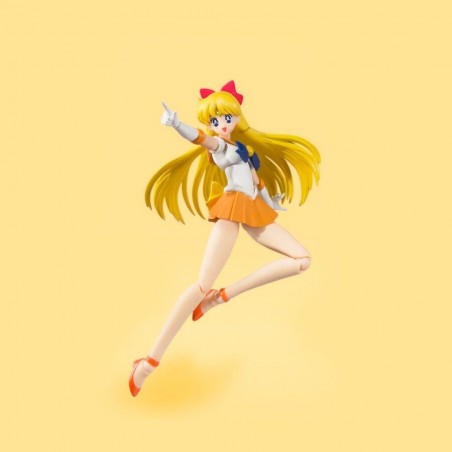 Manga of the 1990s, Moon is part of the must-have magical girl genre, where young girls are transformed into heroines doped with magical powers. Power of the moon prism! Thanks to this magic formula, the ordinary Usagi Tsukino is transformed into Sailor Moon, the vigilante. It's actually just a schoolgirl uniform, with a tiara and gloves! With the help of other warriors, including Sailor Venus, and the intriguing Tuxedo Mask, the whole gang fights the forces of evil.  Former bodyguard of the Moon Princess, Princess Serenity a.k.a. Sailor Moon Venus was reincarnated in the 20th century as Minako Aino, a 14 year old volleyball player who is now the leader of the other Sailor Warriors.

This figure shows her smiling in her classic white and orange clothes, standing tall with her right arm raised. 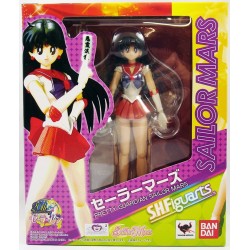 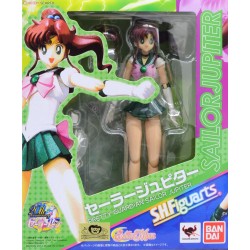 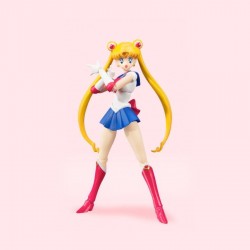 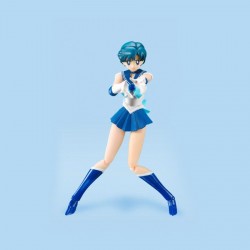