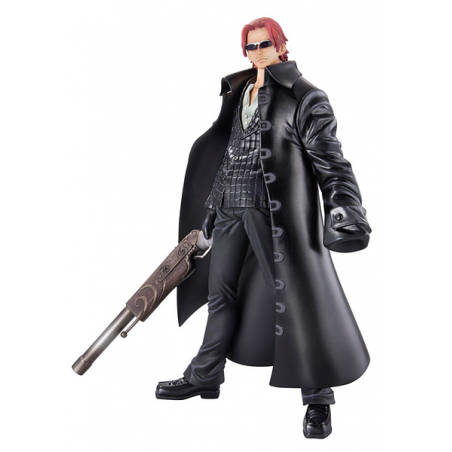 Neuf scellé  with its box

This is a fixed-pose figure from the Portrait. Of. Pirates series.

It's too bad that Shanks didn't make an appearance in the One Piece theatrical film "Strong World"--he would've made a big impression! Mega House imagines P.O.P Shanks as he might have appeared in that movie, and this is one awesome figure!  Shanks is an imposing 28cm tall, and comes with a huge weapon, an interchangeable hand so he can carry it, a base, and an extra head wearing badass sunglasses! Order him now and add this hero to your collection!

Please note that the photos shown are of a prototype; the production version may vary. Also, figures such as this are mass produced and as a result some inconsistencies in finish and painting may occur; these are not considered manufacturer's defects. If you absolutely must have perfection, prepare to do some touch-up work on your own.