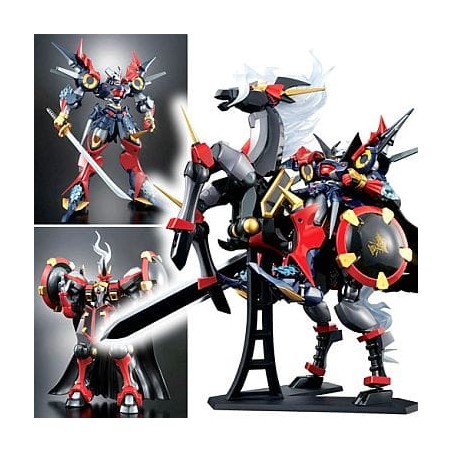 Dygenguar & Aussenseiter appear in the video game Super Robot Wars. These Soul of Chogokin articulated figures are very detailed and can be presented in many poses.

Aussenseiter is heavier and more massive. He can be transformed into a mechanical horse serving as a mount for Dygenguar. His shields can be detached to serve as circular weapons. Pairs of interchangeable hands are included with the Aussenseiter figure.

The set comes with a base to display Dygengar on Aussenseiter, the kicking horse. Another base will allow you to accommodate all the accessories provided with the Soul of Chogokin GX-46.