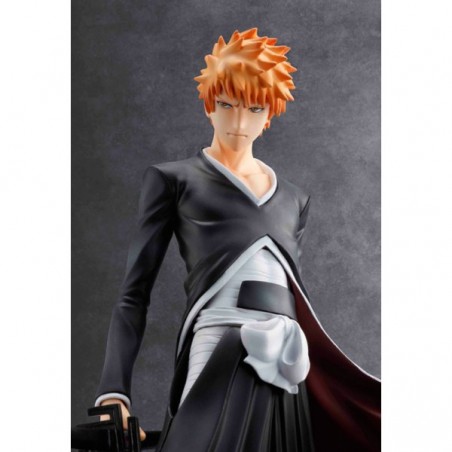 Ichigo Kurosaki is a character from the manga Bleach by Tite Kubo.

He is the main protagonist of the series.

At the beginning of the series, he is presented as a teenager who has the exceptional faculty to distinguish the ghosts, then his life will change when he meets Rukia Kuchiki who gave him his powers of Shinigami in order to save his family from a HollowVol.

From then on, he will have to fight the evil spirits, the hollows, to protect people and send the good spirits to the Soul Society. We will also learn that he is a Vizard and that consequently, he possesses a Hollow in him that he will learn to control.